"Our liberty depends on the freedom of the press, and that cannot be limited without being lost." 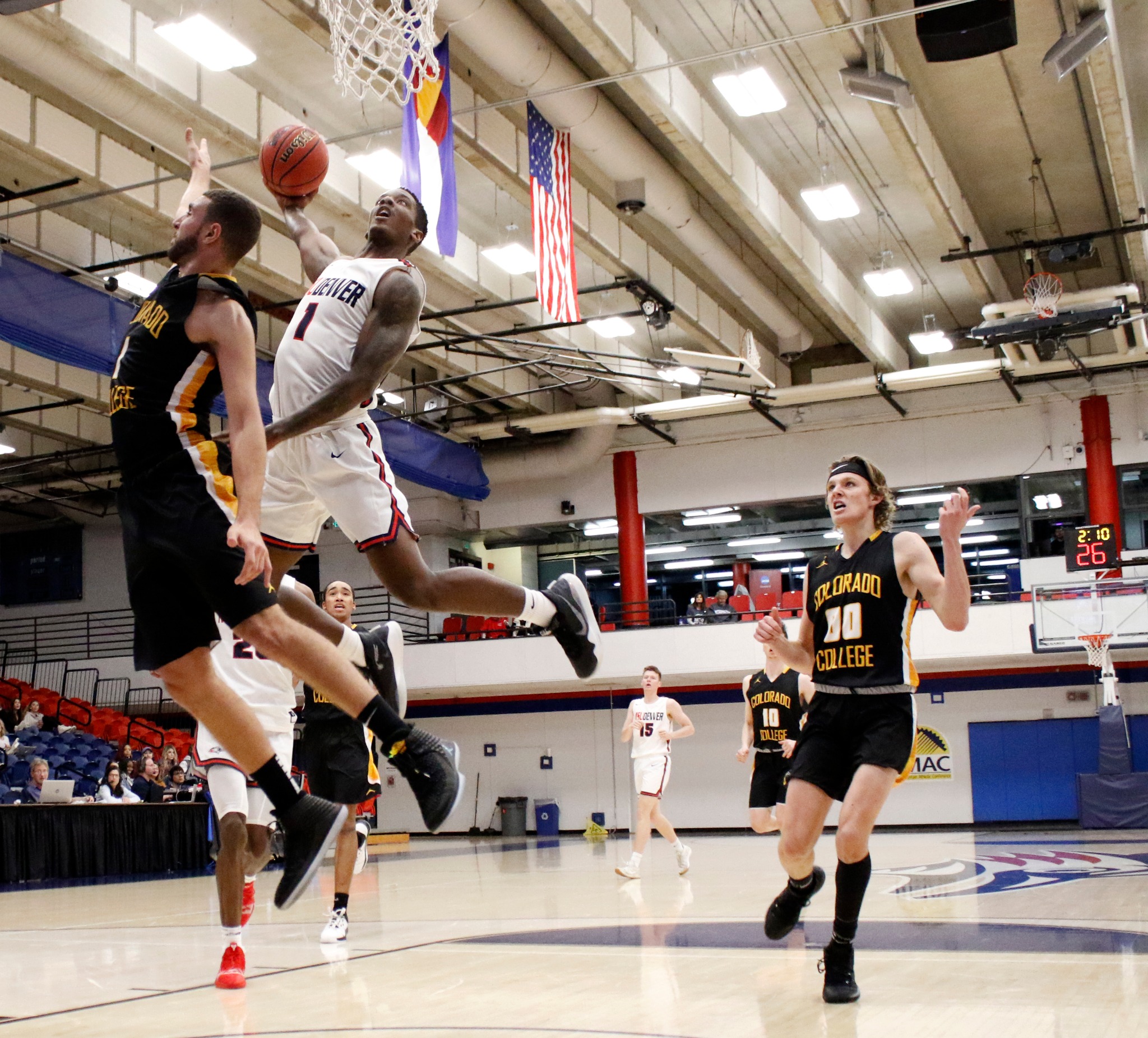 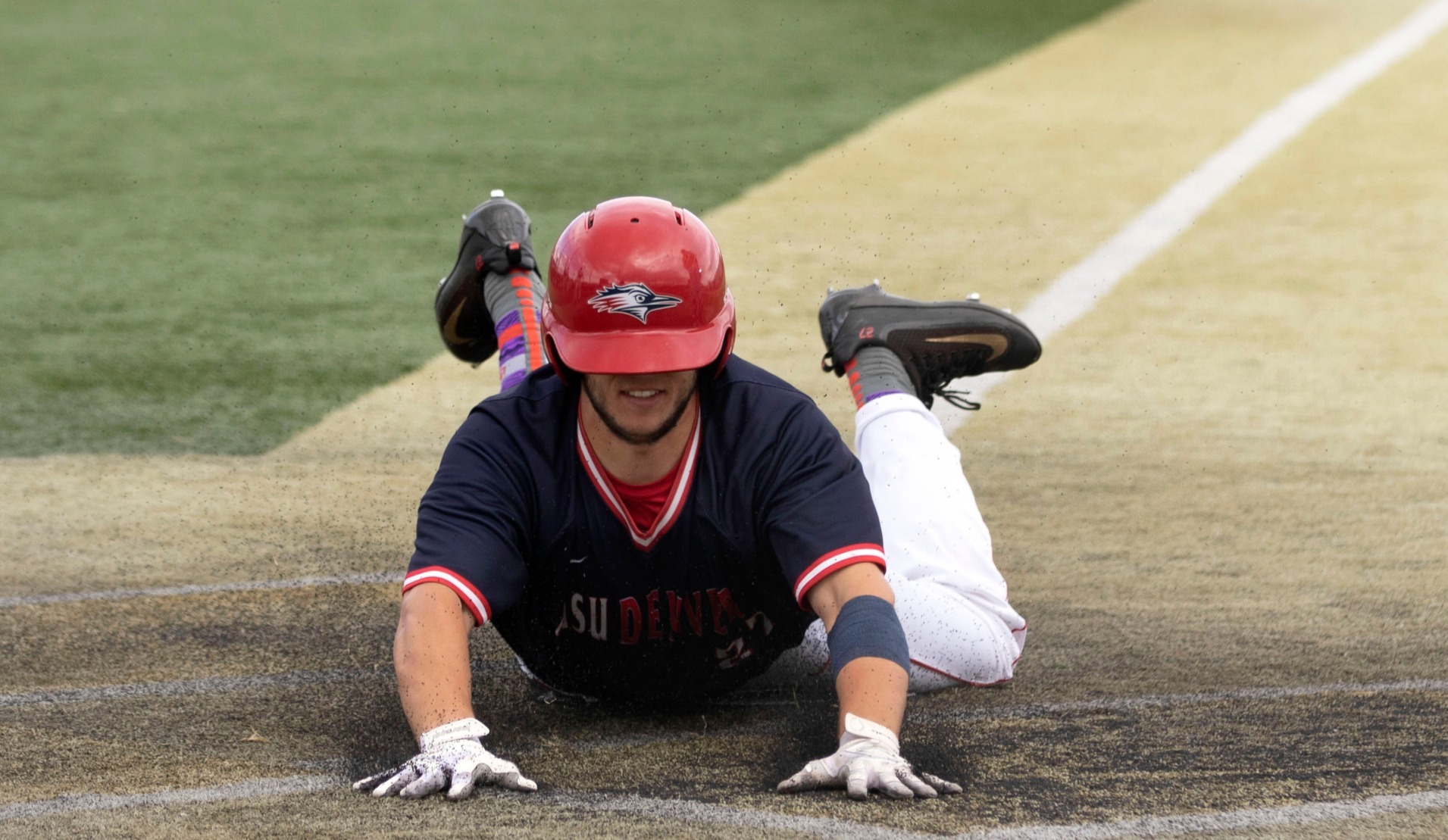 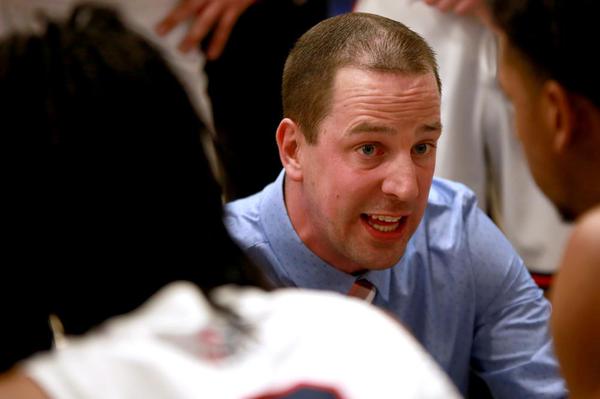 From student to the sidelines: Bahl's formula to win

His children shout, “Happy birthday, Daddy!” like an unrehearsed trio. To Michael, it’s nothing but heavenly. Family is the most important thing for him. Michael Bahl is about to sit down in a plastic, cushioned chair in his office on the third floor in the Tivoli. Before he can though, his phone buzzes. It’s his wife Amy on video chat, accompanied by his three daughters: Alice, Abby and newborn Annie Bahl. From 2003-2007, Michael played on the MSU Denver men’s basketball team. A star at Broom 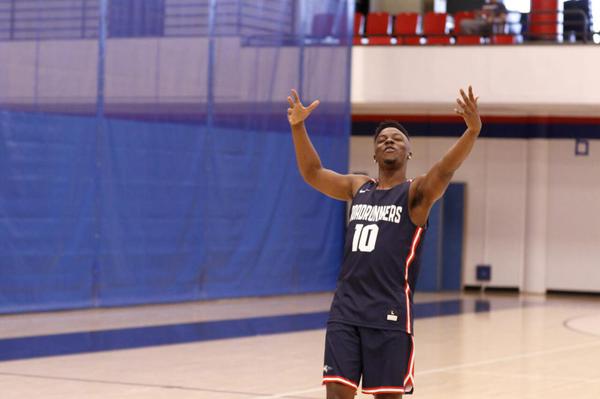 Those championship banners hanging from the rafters of the Auraria Event Center are reminders for the MSU Denver men’s basketball team of what the program once was. Those banners remind the team of what they strive to be — great. The Roadrunners have the highest winning percentage of any program in Division II men’s basketball history and have won two national championships. Last season, though, was the first in program history where the Roadrunners missed the Rocky Mountain Athletic Conference 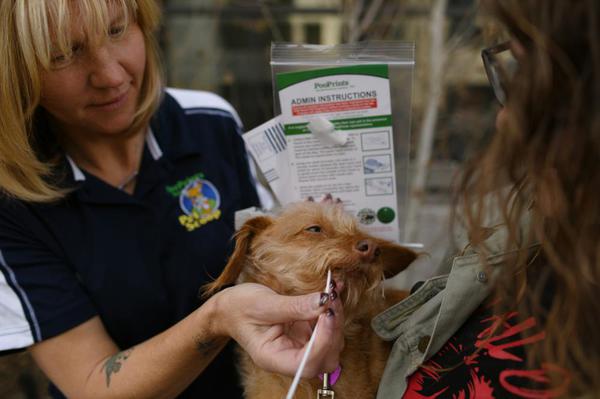 From the lawn to the lab: Apartment complexes use DNA testing to keep bad dog owners in check

It’s morning and you’re walking your dog, with a bag in hand, on the lawn outside of your apartment so that Fido can do his business. As you walk, you hear that dreaded squish beneath your Crocs. Your neighbors didn’t pick up after their dog — again — and you haven’t even had your morning coffee. The bad-acting dog owner not only ruined your morning, but that of your landlord’s, too. Littered lawns are bad form, and bad for business. But in 2019, apartment owners have a high-tech tool in their 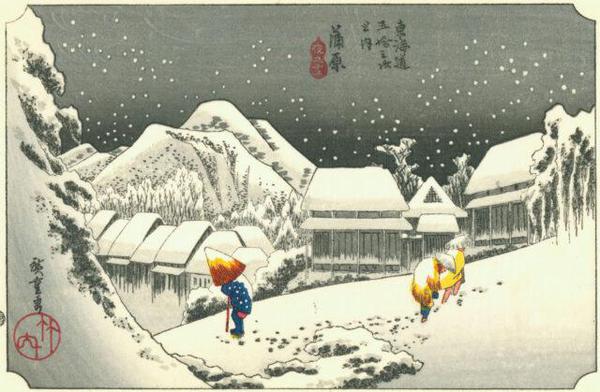 After the massive success of Weezer’s 1994 self-titled debut, known as “The Blue Album”, music fans everywhere wanted a follow-up to one of the most essential albums of the ‘90s. But no one wanted “Pinkerton” when it dropped on Sept. 24, 1996. Despite being derided by fans and critics upon release, “Pinkerton” has taken an unlikely path to being one of the best, and most important, albums of its era. “Blue” was an unprecedented success. After jock jams and hair metal dominated rock in the late 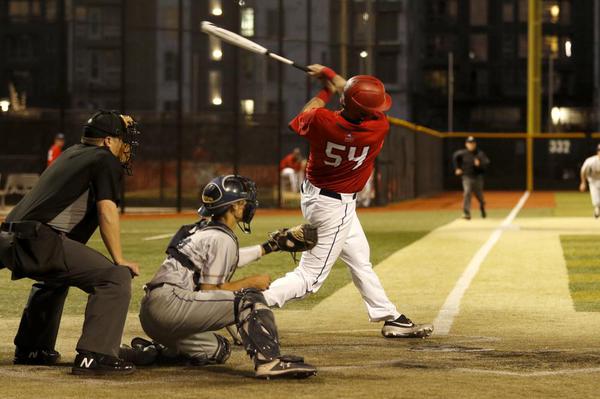 It was just one of those nights for the MSU Denver baseball team. They hosted the University of Northern Colorado Bears — a Division I school — on April 23 and walloped the guys from Greeley by a score of 15-2, securing a season sweep over UNC. It’s just been one of those seasons for the Roadrunners. At 27-14 with eight games to go in the regular season, this year’s baseball team is on pace to become the 10th team in school history to reach 30 wins. The bats are swinging with intent and have
The Metropolitan • 12th December 2019

It is year two of Michael Bahl’s tenure as head coach for the MSU Denver men’s basketball team. Despite the mediocrity that their 7-8 record might indicate, the Roadrunners are brewing up something special behind the scenes. These Roadrunners are an enigmatic quilt consisting of patches from different backgrounds sewn together with the expectation to blanket the Rocky Mountain Athletic Conference and NCAA Division II like past teams. Among those patches are junior transfers Kendall McIntosh, Dr 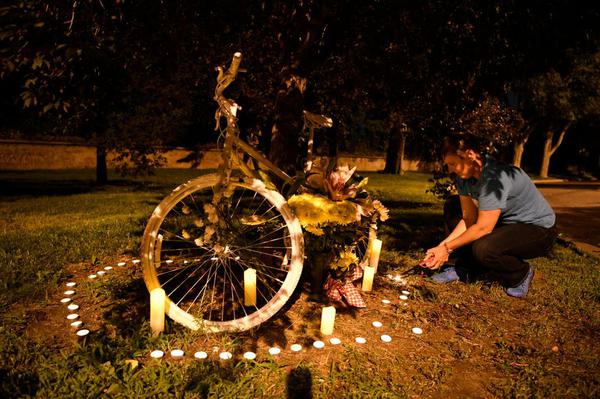 A dump truck driver who struck and killed a Denver bicyclist pleaded guilty Friday morning to careless driving for his role in a death that sparked outrage in the city’s cycling community. In exchange for his guilty plea, David Anton, a 51-year-old driver for Rapid Material Transport, must complete 200 hours of community service at Craig Hospital or face 60 days in the county jail for his role in the death of 37-year-old Alexis Bounds. A judge must approve the plea deal. “It’s the best outcome 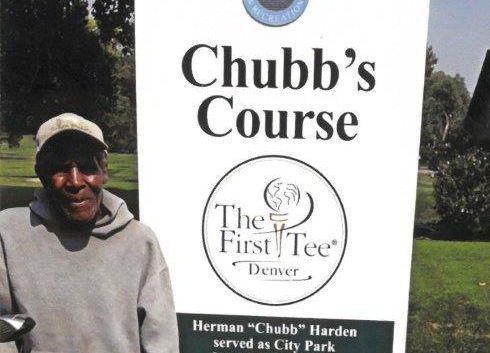 “They broke the mold when they made him:” City Park golf legend remembered for selflessness

In his 90 years, Herman “Chubb” Harden left the same impression no matter where he went — a generous and selfless man who loved golf and taught the game to hundreds of Denver’s youth, including some who would go on to make it their livelihoods. Harden died Sunday from complications of dementia, his wife, Carolyn Harden, said. He left a legacy of kindness and passion for a sport with his family, friends and the Denver golf community . “He was the first guy I ever dated. I was 20 and he was 15 y 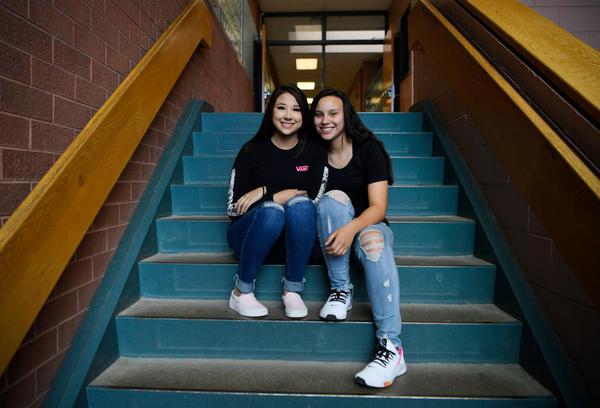 Standley Lake High School seniors Mya Sanchez, 17, and Elena Martinez, 17, hugged on the football field at the North Area Athletic Complex in Arvada on a chilly October night as they were introduced as their class’s homecoming royalty, a first for the school that traditionally has picked male and female representatives. The moment eased two semesters of tension for the girls, who have been out as a couple for about a year. Since then, they’ve been teased and stared at as they hold hands in the 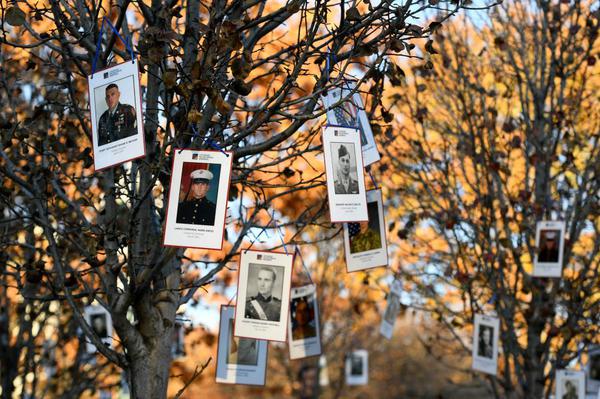 Tom Wykstra walked tall toward a plot of land at the Colorado Capitol, picked up a shovel and a camouflage helmet so he could scoop a pile of dirt. It meant years of hard work was paying off as he and other members of the Colorado Fallen Heroes Memorial Fund finally had raised enough money to build a monument. As a father, though, it was sorrowful. That’s because his son’s name will be on the memorial. Pfc. Jake Wykstra died May 28, 2014, in Afghanistan in an aircraft accident. Wykstra and oth 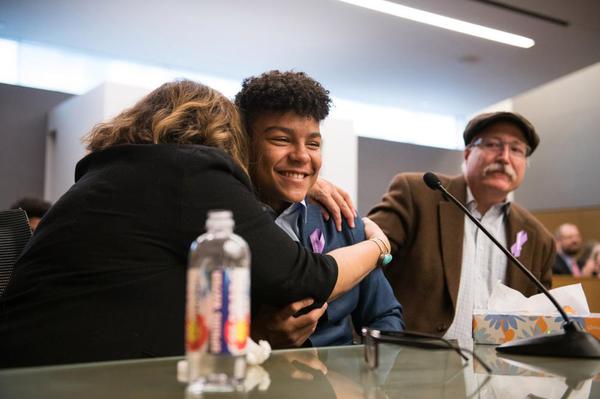 Fourteen-year-old Jassir wore a navy blue suit coat, dark pants and a pair of clean-white Vans while sitting in a chair in courtroom of the Lindsey Flanagan Courthouse. He had to look how he felt — great. Because Friday was the day that he was adopted by Morgan and Jeff Richards, bringing an end to seven years of meandering through the foster care system. He was one of 23 Denver children who found new homes Friday during the 15th annual Denver Adoption Day, an event that was held in conjunction 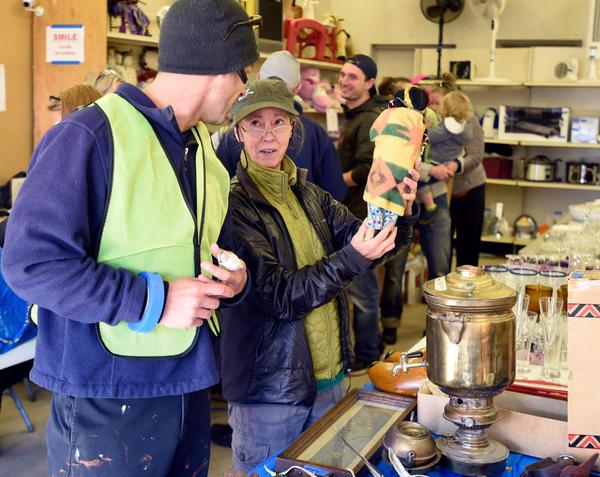 The Sugarloaf Fire Protection District kicked off its annual weekend-long community garage sale on Friday to fundraise for the volunteer department’s operating budget. The fire department showcases the donations it received in a garage across from their station tucked aside Sugarloaf Road. The equipment and trucks usually stored there have been moved to the department’s two other stations and even homes, to make way for the sale. It’s a lot of equipment to transport, sure, but the locals see th
Close ✕